Our development projects encompass the construction of office buildings, residential buildings projects, a telecom park, a hypermarket and a spa resort. Of 570,000 pings of total land holdings throughout Taiwan, 210,000 pings are classified as investment properties; the most valuable properties are clustered in the Taipei metropolitan area and around transportation hubs. Far Eastern Metro Towers (Taipei City), Taipei Far Eastern Telecom Park (New Taipei City) and Mega Tower - the highest skyscraper in New Taipei City, and Yilan Spa Resort are all the regional landmarks in smart buildings. These projects will add value to our assets and generate substantial returns on our property development business.

To effectively utilize land resources to achieve higher investment performance at a time when Taiwanese economy is restructuring, FENC consolidated approximately 66 hectares of company properties in 2003. In the same year, the Company established Far Eastern Resources Development Co. Ltd (FERD) to be in charge of real estate development, leasing, as well as property management. FERD regards “sustainability” as the foremost long-term development strategy. In addition to analyzing international and domestic trends, and refining the design and planning of development projects, we areadamant about the pursuit of construction quality, contributing to the economy by reviving the value of land in Taiwan.

Tpark is the major development project for the year 2019, which occupies 24 hectares in Banqiao District, New Taipei City. Another project is the Spa Resort located in Jiaoxi Township, Yilan County. The architectural layout for the 10-hectare project is under review. Construction is yet to commence and development project of Neili textile factory will be commenced.

►Development and Planning of Tpark

As a platform for innovative ICT research development and applications, Tpark promotes exchange on smart technology contributing to the industry and economy for the coming century in Taiwan.  The land planning in Tpark is industry estate, and there are residential and commercial areas within Tpark surrounded by New Taipei City Library, Far Eastern Memorial Hospital, A-Mart and Oriental Institute of Technology.  The entire campus is installed with telecommunication infrastructure that incorporates smart technology. Tpark is the exemplification of smart city and smart living to attract industries such as telecommunication, digital content, cloud, green energy and smart technology. 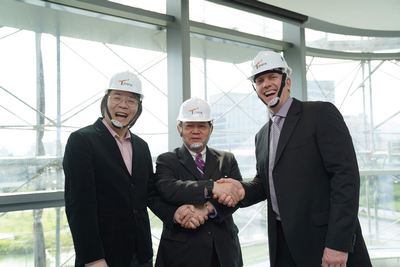 ►Promotion of Smart and Green Building 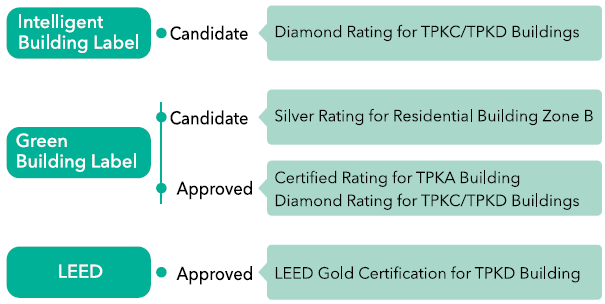 The development has been granted with approval and follows the principle of environmental sustainability with environmental and green energy design. The project includes a hot spring hotel, a large shopping mall and scenic restaurants. The architectural layout for the 10-hectare project is under review. Construction is yet to commence.

A former textile plant of 10-hectare is applied to Taoyuan City government for land rezoning in Neili to fit into the city’s urban renewal program. It will be converted into a branch of the Far Eastern Memorial Hospital in Taoyuan City and become a locus for the biochemical and pharmaceutical industries and join the artistic architecture on the campus of Yuan Ze University and Far Eastern International Convention Center as one of the new landmarks in northern Taiwan.

FECC devotes itself to deliver innovative and beautiful architecture. In 1982, FECC invested in Far Eastern General Contractor Inc. (FEGC) which has built many residential neighborhoods, public areas, and office buildings, and also participated in public construction projects such as Taiwan's Yanshui Bridge in Tainan, central Taiwan. The Yansui Bridge connects the No.8 National Highway with the adjacent city; it was FECC's first public construction project. At Yuan Ze University in Taoyuan, buildings No.3,5 and 6 are all FECC's achievements.

FEGC collaborated with Kaohsiung City Government; Kaohsiung Mass Rapid Transit Central Park Station (R9) is the best representation of FECC's accomplishments. Richard Rogers, who designed Center Georges Pompidou in France and Barajas Airport in Spain was the architect for the station. The large, curving metal motif of the roof symbolizes Kahsiung City preparing to fly into the 21st century. The station also broke free from the traditional style of enclosed underground station platforms; it utilizes elongated escalators to extend the green scenery from outside to inside the station and connects relaxation and entertainment with business. 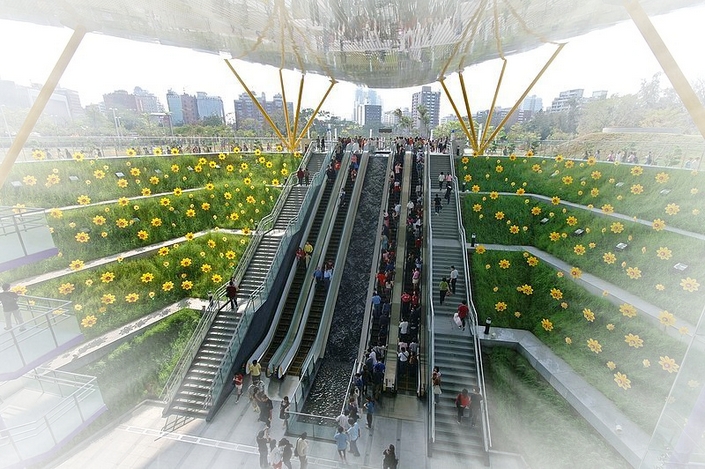 In 2008, FECC was awarded many times for its remarkable construction achievements including the Public Landscape of Yuan-Yie Award and Cultural Environment Category of FIABCI-Taiwan Real Estate Excellence. In 2009, FECC also received the Public City Landscape Design Award from the Urban Development Bureau of Kaohsiung City Government, the Environmental Category Gold Award of the FIABCI Prix d'Excellence Award. In 2013, Kaohsiung R9 Station was selected the most beautiful Mass Transportation Station with rank 5 reported by PolicyMic media company.